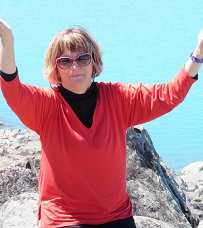 Dr Janis Wilton OAM is a public and applied historian who, until her retirement in 2017, was based at the University of New England where she coordinated and taught into the university’s courses on local, family and applied history. A former President and Council member of the International Oral History Association, a former member of the editorial board of the Oral History Australia Journal, and awarded the Hazel de Berg Award for Excellence in Oral History in 2009, she has thirty years’ experience as a practiced and published public and oral historian with a passion for sharing skills and possibilities.   Website: https://www.une.edu.au/staff-profiles/hass/jwilton

Julie Keating has published a series of books on Newcastle in the 1800s.  The most recent title is Wickham, Islington & Tighes Hill: the early days near Throsby Creek. This is the seventh in the series. Julie worked in local university, TAFE and secondary school libraries for over forty years. Since retirement she has combined two interests – research and local history to provide information on Newcastle’s early history, first as a penal settlement and then as a coal exporter. She is a regular speaker at various groups including Probus Clubs, Newcastle U3A and Newcastle Family History Society.

At the conclusion of my initial Surveying degree in the early 1970s and subsequent studies at UNSW, I embraced the pursuit of family history following the sudden death of my dear grandmother in 1975. Visiting great aunts & uncles with pen & paper was a joyful pastime. Tracking down my Braidwood bushranging families became an obsession. With the purchase of an IBMPC 640kb computer & the ‘PAF’ genealogy program, the research into family history really took off in the early 1980s. By 1986, the complete BDM registers of the Catholic parishes of Araluen, Braidwood and Bungendore were indexed. Researching every convict on the ship, “Tellicherry” which had arrived in February 1806, set the stage for my preoccupation with convict studies. With fervent encouragement from Dr Ruan O’Donnell during a visit to Ireland, my passion culminated in the indexing of the Irish convicts to NSW (Port Jackson) from 1788 until 1849 using the resources found in the ARK & AJCP microfilms & microfiche held by the NLA. It further developed into an online Convict website containing over 30,000 individuals. The website was subsequently used by the National Museum of Australia in its Canberra exhibition titled, ‘Not Just Ned’ in 2011 and numerous authors. In 2017 & 2020, I revised the Convict chapter on ‘Researching Convict Ancestors’ in the HAGSOC publication titled, ‘Family History for Beginners & Beyond’. I have been a member of Heraldry and Genealogy Society of Canberra (HAGSOC) for nearly 30 years with current participation in its Special Interest Groups namely the Irish, Convict and DNA. I am married (1973) to my UNSW sweetheart, Tricia who is a Science graduate in Clinical Psychology. Our daughter, Anna is a graduate of ANU here in Canberra. 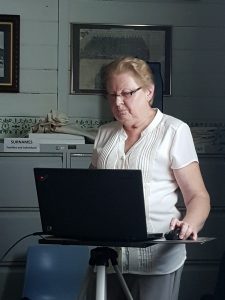 I have been involved in historical and family history for more than three decades. Over the last eight years I have been collecting maps, plans, crown plans, surveyor records, title deeds, primary applications, court records, wills, correspondence and so on, overlaying old maps and plans over Google Earth showing the locations of places than no longer exist or not well known or known at all. Title Deeds help to further confirm the exact locations, along with records showing the buildings design and position that brings the past and present together. My research has primarily concentrated on Maitland but also have extensive research on other areas. I have spent quite some time at the NSW State Library and NSW State Archives & Records with the intention of gathering as many records as possible, where in the case of Maitland, bringing Maitland’s history to Maitland from the letters and records of the early settlers who were on the scene at the time. I have mapped out pubs, schools (private and national) churches, hospitals, court houses, gaols, coal mines, wells and water supplies, railways, trams and much more. Google Earth is a freely available program with the ability of being able to add written research on a place that allows the project to be somewhat interactive. As a descendant of the First Fleet I have mapped out the gathering of the First Fleet, the journey from Portsmouth to the Colony of New South Wales, the setting up of the settlement and its early days. 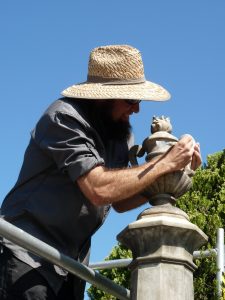 Cemeteries are enduring places of sacred significance.  Caring for these landscapes and monuments requires considered approaches based on conservation:  repairing, maintaining and preserving gravestones for future generations while avoiding causing any immediate or long-term damage.  However, permanent damage has been caused to historic gravestones due to a loss of skills in the stonemasonry industry as well as negligent practices by monumental masons, and occasionally by well-intentioned persons without the necessary tools or training. 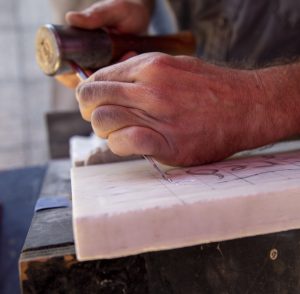 Anny is 4005th descendant of the Ngemba mob, and fifth-generation daughter of Crookwell. Both mobs are located in NSW Australia. As a fifteen-year-old Anny started tracing her own family tree with tutoring from one of her neighbours. Her passion for tracking information from all sorts of nooks and crannies shows her tenacity and determination to not only find her mob, but to find the stories that connect her with her ancestors. Anny takes you on a journey you don’t want to get off. Yet you may have walked the same path in your own search for long lost family members. Anny has a strong background as an accredited trainer and coach spanning over three and a half decades. Over the past 2 years she has been honing her skills in the speaking space. 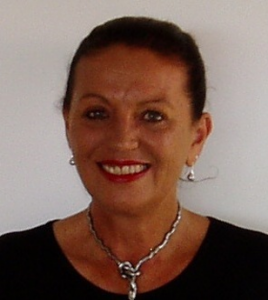 Kim Katon is a non-Aboriginal family history researcher who has been working with Aboriginal people, particularly members of the Stolen Generations, for the past twenty-five years. Many people are becoming aware of their Aboriginal heritage but are unaware of the vast amount of information regarding Aboriginal family history and where to look for it. The presentation will provide a guide to the records created specifically about Aboriginal people, where to find them and how to access these records.
Close Menu